Our report „Gemeingüter Wohlstand durch Teilen“ does now exist in English. It’s a short introduction into Commons as a concept and a practice.
[Read more here]
The Commons Prosperity by Sharing � CommonsBlog
at October 30, 2010 No comments:

Hey Android fans... I saw this, some of you FLOSS pals might want to check it out, use the link at the bottom for the full details..
Our soon-to-be premier Android news and app review site, is seeking full and part time bloggers/writers for regular content postings. Come aboard and help us grow our site from the ground up!

If you are an Android guru, fanatic or addict and have the desire to write about it then why not get paid to do it?

Print to PDF, and some sniggles 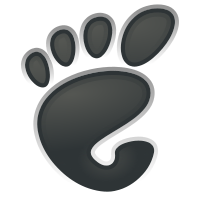 Since my last Linux Mint 9 Update / Tweak, I've tackled some more of the sniggly things that I have with Linux Mint. Some of these things may have been related. Such as, I wasn't happy with the Ubuntu Logo showing up in my Menu. This might have be due to the Airplane Theme that I picked out, I don't know, but I wouldn't be surprised. But I don't like the default Mint Slab Menu system. I prefer the Gnome Menu. But neither the Mint Logo nor the "Gnome Foot" were on display, but rather the Ubuntu Logo. I do like Ubuntu, as Mint is built from it, but I'm not using it. As I don't know if there is a better way to do this fix/hack, but I searched out all of the start-here.svg files and replaced them with the icon of my choice. I had to do some resizing of the image, and use ROOT permissions, etc. It's a pain to search out for them, and replace them all. I don't know if I'll do it again.

The other thing, was that my PDF files were going into my main HOME folder. - I don't want that, I want to put them into my PDF folder, this is something that should be taken care of in the Cups PDF printer config, IMHO, so people don't have to hack it via the terminal, not a hard thing to do for me, but maybe not so easy for others. I think that the whole point of a GUI based Desktop is to be able to perform your tasks from within the GUI framework as much and as often as possible. But here I start to run amok and ramble.

Output files are stored in your home directory under /PDF subdirectory.
To change the default location of the PDF output
From a Terminal window you want to edit the /etc/cups/cups-pdf.conf file

look for
Out ${HOME}/PDF
and change to:
Out ${HOME}/my_print_to_pdf_folder
I don't know why this does the trick, but it does.
[Credit] http://www.ubuntugeek.com/how-to-create-pdf-documents-in-ubuntu.html
at October 28, 2010 No comments:

The Evolution of the Geek / Flowtown (@flowtown)

The Evolution of the Geek / Flowtown (@flowtown)

Seems fairly simple, so I decided to give it a try. - The downside, that I've not really given any effort, at this moment, to getting around is if you have a PDF or something else to upload that's not a standard item in the editor.

- I posted an article over on eZineArticles.com check it out, let me know what you think. :)

About 4 years ago, I was fed up with Microsoft, and had known about Linux, heard that it wasn't that easy install and use, but I figured I'd give it a go anyway. It's not hard at all, that might have been 10 or 12 years ago. In any case, once I found Ubuntu, one of the most popular and easiest to use Distros (versions) I had found MY Linux. And it wasn't hard to install or use. AND It's even more easy to get going today then it was 4 years ago.