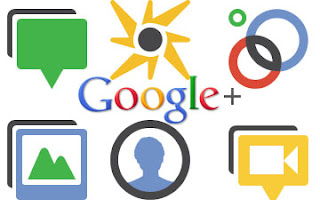 Today on G+ a fairly popular and successful blogger  joined up and was asking about it, as it seemed confusing to him.  It also reminded me that I've not made any blog posts in some time, and it was time for me to rectify that.  This post is partly to clarify what's going on with G+ and the things about it that make it different from Facebook.  G+ is far from being a dead place if you just join in with a couple of conversations, you can easily, like I did today, spend a good part of the day discussing a topic.

It's all about the Circles

The Whole Premise of the "G+ Circlies" and putting people into their Proper Circles, if Lost, can and will, leave one a bit confused, thus hating the G+ experience.  So While your account is still fresh!!!  It is a good idea to know what kind of circles you're going to want. Google's already done a fairly good job of getting you setup with some default circles. Add a few more of your own, and don't be afraid to make to many, as it's easy to merge Circles, but real pain to un-merge circles later. (I think it would be nice if we had nested sub-circles, BTW.)

Don't be a Wallflower!

Where I think some people fail with G+ is that they don't post a few Public Posts, AND Don't fill in their profiles, so if their profile is visited after they make a comment, another person knows what circle to add them to.  Another mistake to avoid as a new G-plusser would be to put EVERYONE into one circle.  DON'T DO THAT!   Keep in mind that you can have people in ALL of your circles if you want, or just a few. It's all up to you.  I have many people in two or more circles, as they might be a [Close Friend] And a [Geek].

One of the great new things that G+ had was the Hangouts. This is like a group chat forum but with video, in real time. (Watch out Go To Meeting!)  It works on all Three major OS platforms.  Linux, Windows, and Apple. It also works for some Android phones.  You can also control who sees your hangout invite.  It can be just 1 person, a circle, or public.  Also, you don't HAVE to have a video cam on your computer, but it helps. You DO need to at least have the ability to speak and listen.

There's lots more to discover, such as the games, use of "#hastags" , saved searches,  Sharing YouTube videos in a hangouts, etc...

Got a Question? Post it here, or on G+ as my comments are moderated 14 days after a post.