So, Here I am. A Geek, and awake at 7am on a Saturday morning. I don't want to go back to bed, as I'll probably have to get up at 3am tomorrow, and that would just screw up my sleeping pattern even more. Having entered the Linux world just a little over 2 years ago, I found Ubuntu to be very friendly, and usable. Very well designed for the noob. Any Kind of Noob. :) I figured it was time to look into another Distro, in depth, to see how it did things.

I had installed Sidux, the XFCE (complete list ) version on my hard drive a few weeks ago, and hadn't given it much of a go, as while it was Debian based, they're doing things different from the folks over at ﻿Canonical.

I've found myself with Ubuntu Gnome as my primary main machine. It's ease of use and support make it such a joy to learn Linux with. Another one of the nice things about Linux is that one can have as many distro's on their box as they desire. So, I decided that I wanted to to take a little more in depth look into Sidux, XFCE. I figured maybe it'll make it simple to boot into it, and run a full backup on the Ubuntu side while I'm fiddling around on the Sidux side. That Means, that I want a browser, and all of it's trimmings. IE Java, Flash, (yea, freedom hatin' me) and my Google tool-bar.

One of the first things I notice with Sidux is that it uses Iceweasel, not Firefox. That's cool. But my Google Tool bar doesn't know what Iceweasel is, or how to install to it. So I need to use the About: command and change the identity of Iceweasel. I feel like I'm committing some kind of identity theft, but meh, it's only my browser lying to Google, and lord knows they already know enough truth about me. It's just that Iceweasel won't get the credit for being used as a browser. Sigh.

OK, got that done. Wow. Where' s my Add-Remove program? Not in here. Ok so I look at their manual and find that I need. Debian Package Search. Cool, something different. A bit more lightweight, but it looks usable.

Just flashed on the screen and showed very little info, when I tried to install Java. A Little bouncing around in the menus in Debian Package Search I notice that I had the ability to copy a and paste command into the terminal window. When I did copy it into the terminal. I got:

But it should have read

Not sure what that happened, or if I messed up or missed something but eh, small glitch either way.

Now that I have Java installed. I want test it. I go to JuicedPenguin.com to see if I can get the ogg file to play in a pop-up window. Nope. Iceweasel wants more plug-ins. Another Search with Debian Package Search and I find the Sun-Java6-Plugin, to add Java support for Iceweasle Or any Mozilla Browser, and install it, and now I'm able to listen to that fine Ogg Media via a dandy pop up, if I so desire.

Oh! Also missing, from the "out of box" experience, was a spell checker with AbiWord.

I've yet to get around to playing around with a backup scheme for the system... I'll have to come up with a second part for that. But so far. Yea, I do like it. For some reason this XFCE experience seems a little more fluid then when I'm using Xubuntu, and I'm not sure exactly why. Or it could be that I've become more accustomed to XFCE?

And with that, my fee time is no more, and I need to get out the door.

Bottom line. I like it. Not sure that it would be my first choice to recommend for a newcomer to the Linux scene, but it would have to be a consideration if weak hardware were a concern.

She was perfect for me. - She will be missed.    Obituary of Janet Noseworthy Janet L. Noseworthy (nee Bissett), 54, of Lorain, di... 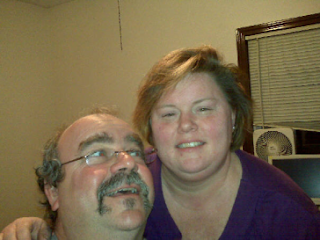